Free Shipping on orders $25 or more

Most ladies know that they will have to deal with the symptoms of menopause once they attain the ages of 40 – 55. What many fail to realize is that menopause is not a one-day event. It does not just happen on a specific day but is a process that happens over years. When some start experiencing symptoms of menopause earlier than they thought they get alarmed.

Perimenopause is a period of transition into and from the menopause stage. This period includes several years before the actual menopause and some years after attaining menopause. During the pre-menopause years, the ovaries start reducing the estrogen levels produced. As a result, the lady starts experiencing some symptoms that may indicate menopause is around the corner.

Perimenopause can start at the early ages of the 30s, affecting the menstrual cycle, and causing other menopause symptoms. Keep on reading to understand fully what perimenopause is and how it manifests.

What is the Average Age for Perimenopause?

Menopause is scientifically expected to start at the ages of 40 to 50. The transition period into menopause (perimenopause) can start much earlier. It is important to note that perimenopause comes with many symptoms similar to menopause.

The transition period lasts 4 to 8 years but maybe longer for some people. For those whose menopause comes early, for instance in the mid-30s, the possibility of having a transition period of eight years exists.

When entering perimenopause, ladies experience different signs and symptoms. Some of the symptoms may be based on family history, while others may be related to an individual’s health personal data. Whichever the situation, the signs help women know when they enter the period leading up to menopause.

Below are the common signs experienced by women in the perimenopause stage:

The changes experienced in the body due to less estrogen production may lead to night sweats. Over 50% of American women in their perimenopause stages have reported experiencing night sweats according to peer studies. Some suffer to the extent of requiring medical treatment.

The other common menopause symptoms witnessed in the early days of perimenopause are sleep disturbances. Several peer-reviewed studies have indicated that people who are in perimenopause may struggle to find sleep and when they do, they can easily be woken up. In some women, the opposite is true.

One of the earliest signs of perimenopausal women is difficulty in remembering things. A person entering menopause suffers from cognitive changes. A person might be unable to remember directions and keeps losing focus and may show vasomotor symptoms. Other diseases such as high blood pressure may also cause cognitive changes.

Most women feel vaginal dryness even during sexual intercourse as the first perimenopausal symptom. This is mainly caused by the reduction in sexual drive. The hormone changes that lead up to menopause mainly affect vaginal tissue. As a result, a woman’s sexual interest may be lowered, or may experience a dry vagina among other symptoms.

Besides mood swings in the vagina, most women undergoing menopause experience a regular urge to urinate. In most cases, they may feel a burning sensation in the urinary tract being forced to empty the bladder every now and then. The vaginal muscles lack the strength to hold urine much longer and some are likely to let go if they do not release the urine fast enough.

The inconsistent menstrual period occurs in all women in the menopausal transition stage. Studies by several academic research institutions show that the most common sign of perimenopause is irregular periods. When perimenopause occurs, the ovaries produce estrogen in the required amounts. This also affects ovulation leading to inconsistent of the next period from the last menstrual period.

The changes experienced in estrogen and progesterone production have many effects on the individual in question. Since progesterone levels do not cause itching in any way, they may trigger other medical conditions, leading to skin irritation. Many people have reported feeling itchy all over their bodies when they enter the perimenopause stage due to hormone levels.

Does Perimenopause Make You Hornier?

Many wellness professionals and Healthline media websites have indicated that the period leading up to menopause may lead to increased sex drive. The common explanation is that as a person ages, falling estrogen levels lead to menopause. As a result, a woman experiences an increase in relative levels of testosterone according to tertiary references.

In some cases, it is common for a person to have more sexual desire as they start their menopause journey. But the situation is not the same for all ladies.

What Age Does Hot Flashes Start?

One of the menopause basics is hot flashes also called night sweats. Hot flushes are sudden hot skin and sweat outbreaks commonly associated with perimenopause. What most ladies do not know is that hot flashes happen even before real menopause. Women in their 40s or mid-30s are likely to experience flashes as menopause begins.

Initially, hot flashes are less frequent and a person may only experience the flashes once in several months in the first year. But as they move close to menopause, the frequency at which hot flashes occur starts to increase.

Can I Start Menopause at 35?

While a person can start menopause at the age of 35, it is possible to avoid the situation by going for hormone therapy. The earliest menopause symptoms are all related to hormonal changes. Signs such as mood swings and abnormal bleeding can offer a clue and help a person seek intervention in advance.

Can You Lose Weight During Perimenopause?

Women trying to lose weight during perimenopause will struggle since it is at this stage that most women gain weight. In most cases, weight gain begins about a decade to menopause itself. While it is possible to maintain a healthy body weight in perimenopause, losing significant amounts of weight is not easy.

Can a Woman Have an Orgasm After Menopause?

Many women enjoy sex after menopause without a problem. There are some who even have more desire and more sex drive in their perimenopause years. The problem comes in when a woman used too many birth control placements such as a vaginal coil. Such placement may affect sexual desire in later years.

The Symptoms of Early Menopause

Since it is possible to self-diagnose, it is important to invest in personal data use to check for symptoms of menopause.

Since each of the above symptoms can occur in a person who is not heading to menopause, when they are combined they are a clear indicator that menopause is just around the corner. Before taking any actions, seek help from a medical facility know to provide medical advice with credibility and legitimate business interest.

How Can I Stop Menopause?

Because menopause can occur to many people, there are steps that a person can take in the early years to prevent it. Many women who undergo early perimenopause usually trigger the situation by their lifestyle. In other cases, the situation is caused by family history or past medical treatments.

Reduction in sex hormones can affect any person who does not take care of their health. It’s vital to eat well and exercise to avoid suffering from perimenopausal symptoms.

In summary, perimenopause is not a disease as many people think. It is just a phase that a woman must go through. Since there are many symptoms that are associated with the stage, they are just indicators that the stage is passing away.

There are those who wish to get medication to help in managing the symptoms, others prefer natural products with fewer long-term risks. Contact Hemplily today for more information by filling out our online contact form. 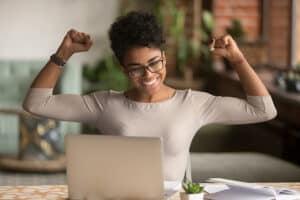 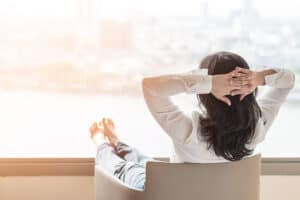 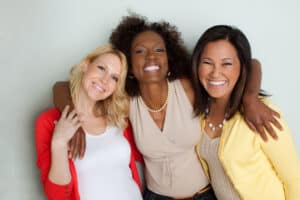 *These statements have not been evaluated by the Food & Drug Administration. These products are not intended to diagnose, treat, cure or prevent any disease. The information on this website is not intended to replace or be a substitute for the advice of a qualified medical professional. Any reviews are from verified purchasers and may be edited for length or format. No compensation has been paid for any reviews.

Our CBD products are produced with the highest safety and consistency standards — and are third-party lab tested for quality assurance.

Allergen Statement: Products may contain coconut oil and consumable essential oil. Please read ingredients list on product label and consult a physician before using. *Some products may contain a naturally occurring trace amount of THC (within the legal limit of .3% or less).

CANNABIDIOL (CBD) IS A NATURAL CONSTITUENT OF THE INDUSTRIAL HEMP PLANT THAT PROMOTES AND SUPPORTS THE NUTRITIONAL HEALTH OF AGING BODIES. SOURCE: US GOVERNMENT PATENT #6,630,507: “CANNABINOIDS AS ANTIOXIDANTS AND NEUROPROTECTANTS”

FOOD AND DRUG ADMINISTRATION (FDA) DISCLOSURE: These statements have not been evaluated by the FDA and are not intended to diagnose, treat or cure any disease. Always check with your physician before starting a new botanical extract, medicinal herb, or dietary supplement program.